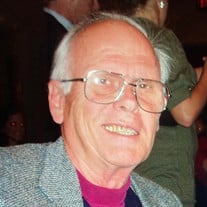 Wade Hampton Hicks, III, 85, of Hartsville, SC, passed away in Kingwood, TX, on January 18, 2022. Born in Hartsville on June 18, 1936, Wade was the son of the late Thelma Miley Hicks and the late Wade Hampton Hicks, Jr. He was married to his beloved wife of 57 years, Lee Spencer Hicks. He was a 1954 graduate of Hartsville High School where he made life-long friends who maintained their closeness by annual reunions. While in school he was an active Boy Scout, achieving the highest level of Eagle. Following graduation, he entered Clemson College (now University) majoring in Civil Engineering. Wade was also a member of the student cadet corp at Clemson, known by his nickname “Spider” and played the baritone as a member of the Clemson University Marching Band. As a lifetime IPTAY member, he continued to attend football games, reunions and participated in Alumni Marching Band parades. After graduation in 1958 from Clemson, he was employed with the North Carolina Division of the Bureau of Public Roads until he returned to Hartsville in 1968 as the third generation to run W. H. Hicks & Son. During his ownership, the business expanded from an animal feed and garden seed store to a premiere lawn and garden center, Hicks’ Garden & Gifts. Wade loved his family and enjoyed being closer to his children and grandchildren and was able to celebrate the birth of two great-grandchildren. He is survived by his wife Lee; his daughter, Kimberly Dixon and her husband Bailey, his son, Wade Hicks IV and his wife Nicole; his grandchildren Lauren and Bailey, Rain and Maya; and his great-grandchildren Connor and Kaylee Ann. As a local businessman, Wade was involved civically to improve the city of Hartsville and the lives in his community. He was President of the Hartsville Civitan Club, first receiving Civitan of the Year in 1971. He also loved being a part of the Hartsville Community Players and took the stage in several plays and musicals. He took so much pleasure in his B and F Club membership and wore many hats at the First Presbyterian Church, from serving in leadership to going on missionary trips to build homes in Mexico and in New Orleans. During his retirement, he served on the Kalmia Gardens Board of Directors and became a part of Black Creek Arts, where he focused on his watercolor paintings. Wade enjoyed traveling with Lee to other countries, learning the languages before he went (German, French, Portuguese and Spanish). He entertained many people with his wonderful personality, friendliness, and limericks, but he had a special fondness for his grandchildren who called him Big Daddy. If he could have left us with a parting limerick he would have, but he also was known for his wise advice and would tell us “Don’t ever wear out your welcome; don’t ever forget where you came from. Always be humble and kind to people, and, if possible, leave them with a laugh.” Due to Covid, Wade will remain in his temporary home of Kingwood, TX, until the family can return to Hartsville for a celebration of life with family and friends. In lieu of flowers, please make memorials to: First Presbyterian Church of Hartsville, 213 W. Home Avenue, Hartsville, SC 29550, or to Kalmia Gardens, 1624 W. Carolina Avenue, Hartsville, SC 29550, or to the charity of your choice. The Directors of Brown-Pennington-Atkins Funeral Home area caring for the family. Further announcements will be made in due course.

The family of Mr. Wade Hampton Hicks III created this Life Tributes page to make it easy to share your memories.