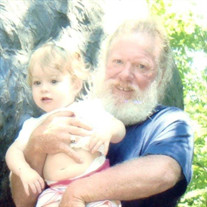 Thomas Kim Byrd (best known to many as “Byrd”) was born on January 11, 1954, to Thomas Edward and Blanche Elease DeLoach Byrd. He left this earth on April 17, 2020, and is now resting in peace. Kim grew up in Byrdtown and graduated from Hartsville High School in 1972. He was a hard-working man and worked in construction until he retired in 2015. He enjoyed working with his hands and spent a great deal of time woodworking, creating metal artwork and custom hard hats – some would say he was a jack of all trades. In his younger years, he enjoyed his bikes: bicycle, unicycle, motorcycle, and hanging out at the Rainbow Drive-In. His brother, Robert, refers to him as one of the first Hartsville hippies. Barbara, his ‘adopted’ daughter/sister-in-law remembers getting to tag along on many dates when he dated her big sister, Dianne. Together Kim and Dianne raised two daughters. He also had three nieces, who he loved as if they were his very own (Jennifer, Brandy, Leslie, and Ashley). He was a prankster and always made sure to keep his girls and their friends and his family and friends on their toes. He was a member of the Mason’s and served as Senior Deacon in 1997. In his later years, he slowed down a bit and found his greatest joy spending time with his granddaughters, “Baby” (McKenna) and his “Sweetie” (Viola Reece). And if you saw him around you were sure to see his sidekick – his rescue cat, Boo Boo. “Byrd” was one of a kind, God broke the mold with him. He lived by his own rules. A simple man in many ways who did not need much to be happy! He loved his family and never hesitated to help others. He never ever met a stranger. If you knew him, you had a friend for life. Life has to end – Love does not. He was preceded in death by his mother and father, sister, Anna Mae Oglesby and brother, George (Bud) Byrd. He is survived by daughters, Kimberly (Jason) Furtick of Gaston, SC, Kristina (Bobby) Bryant of McBee, SC; maternal aunts, Melba Dietschler of Appling, GA; Annie Whatley of N. Augusta, SC; maternal uncle, Charles (Martha) DeLoach of Appling, GA; brother, Robert (Janice) Byrd of Hartsville, SC; grandchildren, McKenna Sue Bryant, Viola Reece Bryant; along with several nieces and nephews who he loved like they were his very own, and many cousins. Kim was also deeply loved by his inlaws: Barbara (George) Gore, Donnie (Renee) Freeman, Robbie (Letrail) Oakley, and Joyce Compton. A celebration of his life will be held at a later time. Brown-Pennington-Atkins Funeral Home is caring for the family.

The family of Mr. Thomas Kim Byrd created this Life Tributes page to make it easy to share your memories.

Thomas Kim Byrd (best known to many as “Byrd”) was born on January...