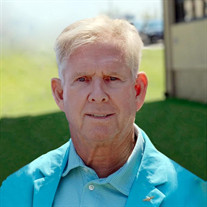 It is with deep sorrow that Mrs. Dale Galloway Davies announces the death of her beloved husband, Paul H. Davies, Sr., 79. Mr. Davies passed away peacefully on Tuesday, March 8, 2022, at Carolina Pines Regional Medical Center in Hartsville, SC, after a courageous battle with Cancer. A funeral service to honor his life will be held at 2 o'clock on Sunday, March 13, 2022, in The Chapel of Brown-Pennington-Atkins Funeral Home. The Rev. James Robbins will officiate, and the family will receive friends immediately following the service. Military honors will be rendered as he is laid to rest at 1 o'clock on Monday, March 14, 2022, in Beaufort National Cemetery, 1601 Boundary Street, Beaufort, SC. The Directors of Brown-Pennington-Atkins Funeral Home & Crematory are caring for the family. Born in Glen Ridge, NJ, on September 9, 1942, he is the son of the late Charles W. Davies and the late Hardie Bell Davies. His life was characterized by his strong faith in God, dedicated service to our country, family, and communities. He had a passion for golf, traveling, and building diverse friendships around the world. He attended Duke University and the University of South Carolina. Mr. Davies is a decorated veteran of the Vietnam War; he enlisted in the U.S. Marine Corps in 1963, was later commissioned a 2nd Lieutenant and flew over 400 combat missions with F4 Phantom squadrons. He retired honorably in 1986 as a Major in the U.S. Marine Corps Reserves. Mr. Davies also enjoyed a successful career as a commercial pilot, first with Western Airlines based in California and later with Delta Airlines in Atlanta, retiring in 2002. His passion for golf resulted in multiple club championships at various courses in Georgia and South Carolina, and he was particularly proud of qualifying for both the US and British Senior Open Championships. He is survived by his loving wife of 55 years, Dale Galloway Davies; sons, Paul H. (Cathleen) Davies, Jr., Mark K. (Morgan) Davies; four grandsons, Zachary, Jacob, Luke, and Phoenix. In addition to his parents, he was preceded in death by his brother, Chuck Davies. In lieu of flowers, memorials may be made in his honor to The American Cancer Society, PO Box 22478, Oklahoma City, OK 73123.

The family of Mr. Paul Hardie Davies Sr. created this Life Tributes page to make it easy to share your memories.

It is with deep sorrow that Mrs. Dale Galloway Davies announces...