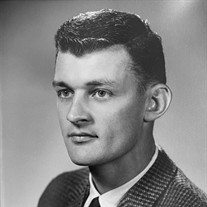 Marion Dargan Hawkins, Jr., 89, of Hartsville, SC died peacefully on Nov. 14, 2021. Born at home on March 11, 1932, in the farming community of Byrdtown in Hartsville, Marion was the son of the late Frances Lesesne and the late Marion Dargan Hawkins, Sr. He was married to his beloved wife of 61 years, Greta Carter Hawkins. They lovingly toasted each other each day with “Another day in Paradise!” He was a 1950 graduate of Hartsville High School where he made life-long friends who through many years maintained their closeness by annual reunions and monthly meetings. Following graduation, he entered Clemson College (now University) majoring in Agronomy. While a member of the student cadet corp at Clemson he again made wonderful friends with his fellow classmates and was a lifetime IPTAY member and continued to attend football, basketball, and baseball games for many years with family and friends. After graduation from Clemson, he served two years in the Army stationed at Ft. Sill, Oklahoma. After his service, he returned home and accepted a job at International Minerals Corp in fertilizer sales. He then worked at Coker Pedigreed Seed Co. for over twenty years as sales manager and director of marketing. In 1995, he established GoldLeaf Seed Co., a domestic and international supplier of tobacco seed. Marion took much pride in his family and enjoyed yearly vacations at the beach, frequent family gatherings, and attending Clemson games with them. He is survived by son, Marion III (Lori), daughter Elizabeth Macdiarmid (Trey), daughter Greta Anne Rowe (James); grandchildren Dargan and Carter Macdiarmid, Graham and Lyla Rowe; sister Anne Sercer of Columbia; two nephews Pete and Paul Sercer. He also took so much pleasure from his membership in the B and F Club, the Golf Club, Second Thursday Club, Kiwanis Club, and his lifetime membership at Bethlehem United Methodist Church. He entertained many people in his home where friends enjoyed his wonderful gentlemanly personality of friendliness and joke-telling. But he had a special fondness for his four grandchildren who called him MD. The family will receive visitors at the home at 2229 Bethlehem Road from 4-6 pm on Wednesday, Nov. 17, 2021. The funeral service will be held at 2 pm Friday, Nov. 19, 2021, at Bethlehem United Methodist Church. Burial will follow in the Bethlehem Cemetery. Brown-Pennington-Atkins Funeral Directors are caring for the family. In lieu of flowers please make memorials to the Bethlehem Cemetery, 2236 Bethlehem Road, Hartsville, SC 29550, or Kalmia Gardens, 1624 W. Carolina Ave, Hartsville, SC 29550, or to the charity of your choice.

Marion Dargan Hawkins, Jr., 89, of Hartsville, SC died peacefully on Nov. 14, 2021. Born at home on March 11, 1932, in the farming community of Byrdtown in Hartsville, Marion was the son of the late Frances Lesesne and the late Marion Dargan... View Obituary & Service Information

The family of Mr. Marion Dargan Hawkins Jr. created this Life Tributes page to make it easy to share your memories.