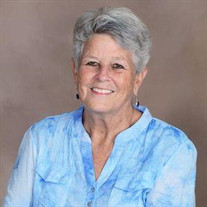 Margaret "Peggy" Timmerman Carter: On Wednesday, October 21, 2020, Margaret "Peggy" Timmerman Carter of Pendleton, South Carolina, loving mother of two children passed away at her home at the age of 72. Peggy was born on May 17, 1948 in Hartsville, South Carolina to the late W.P. "Pap" Timmerman Jr. and Margaret (Jordan) Timmerman. She received her Bachelor of Arts in Education degree from Meredith College in Raleigh, North Carolina in 1970. In June of 1970, Peggy married Thomas Kearns Carter. The couple resided in Elizabeth City, NC where Peggy taught second grade. After a stay in Hampton, SC the couple moved to Pendleton, SC where they raised two boys, William A. Carter II (Sabrina) and Price Timmerman Carter. Peggy loved the classics and spent countless hours with Tom antiquing along the backroads of North and South Carolina, filling their home with treasures over the years. She was an avid outdoorsman and was by all accounts the best shot of the bunch among the Timmerman siblings. She had a passion for horses and riding, and over the years had more dogs than can be remembered, each more precious to her than the last. Peggy was a wonderful cook...her chocolate chip cookies a staple at family functions! She loved all things Clemson, and her home was the family destination before and after games for years. Peggy loved good barbeque, fried chicken and watermelon. She was quick-witted and loved to laugh. Peggy enjoyed small town living, the community it provided and the closeness it created with friends and family. She was a faithful member of First Baptist Church serving in any capacity that was asked of her over the years. Peggy had a devout love of her family, both immediate and extended, where she served as a bridge from one generation to the next, loving equally those who came before her and those that followed. Peggy was a woman of great substance and overwhelming grace at all times. She was truly one of a kind. Peggy was preceded in death by her husband Tom and parents, Pap and Margaret. She is survived by son Will and his wife Sabrina, grandson Aiden Soper of Visalia, CA, son Price of Greenville, SC, brothers and sisters-in-law Al Timmerman and Carol Norment of Greenville SC, John Timmerman and his wife Garland of Chapin, SC, Tim Timmerman and his wife Sally of Richmond, VA, William A. (Bill) Carter and wife Gail of Salisbury, NC, her lifelong best friend Mary Segars of Hartsville, SC and many nieces, nephews and cousins. Peggy also leaves behind her beloved dog Zay Zay. A private funeral service will be held on Monday October 26th, 2020 at 11:00am at First Baptist Church, Pendleton, South Carolina. Livestream video of the service will be available online at https://www.facebook.com/FirstBaptistChurchPendleton/ Pastors Jennifer Rygg and Courtney Kruger will officiate. In lieu of flowers, memorial contributions may be made to the Class of 1970 Meredith College Scholarship Fund, Attention: Erin Cleghorn, Meredith College, 3800 Hillsborough Street, Raleigh, NC 27607 or to First Baptist Church, 351 South Broad Street, Pendleton, SC 29670. Arrangements are in the care of Duckett-Robinson Funeral Home of Central, South Carolina.

This obituary is posted as a courtesy to local family and friends.