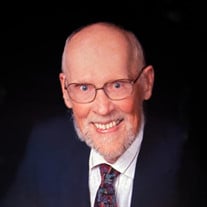 Judge Robert Charles Lenhard passed away peacefully on April 3, 2022, at McLeod Regional Hospital in Florence, South Carolina. Bob was born in Los Angeles in 1934 to Albert and Helen (Alverson) Lenhard. He and his sister Donna were raised in Dinuba, California, where his father owned a meat packing company, and his mother was a school teacher. A 1951 graduate of Dinuba High School, Bob briefly attended the University of Southern California before serving in the US Army in Europe during the Korean War. He returned home and attended College of the Sequoias before transferring to the University of California, Berkeley, graduating in 1958. He received his law degree from Boalt Hall School of Law in 1961. Like most Cal alumni of his era, he was a life-long (and long-suffering) Cal football fan. After a brief stint as deputy county counsel in Santa Cruz County, CA, Bob relocated to the Yuba-Sutter area in 1965 to serve as a public defender before becoming a partner in the Marysville, CA law firm Hewitt, Lenhard, Sanders & Anderson. His extensive community involvement included membership in the Masonic Lodge, the Early Risers Kiwanis Club, Foothill Lions Club, Marysville Exchange Club, and South Yuba Rotary. He and his wife Carol were members of the First United Methodist Church in Yuba City. In 1984, Bob was elected a Superior Court Judge in Yuba County, where he presided over civil, criminal, and family law cases. During his twelve years on the bench, he was also well known for his involvement in the Prune Festival and Beckwourth Days. In 1997, Bob retired to Nevada County, where he pursued a new passion, designing and building several homes in Grass Valley and Nevada City. Bob and Carol were members of Peace Lutheran Church in Grass Valley, and both joined the Rotary Club of Grass Valley. Bob and Carol moved in 2020 to Hartsville, SC, where they made wonderful new friends and enjoyed being near their youngest grandchildren. Bob adopted the University of South Carolina Gamecocks as a new favorite and was often seen donning an SC hat. Bob was known for his love of family, a wry sense of humor, an interest in politics, his kind demeanor, and a strong sense of ethics. Bob is predeceased by his parents, Albert and Helen (Alverson) Lenhard, and his daughter, Heidi Lenhard. He is survived by his wife Carol (Hoffman) Lenhard of Hartsville, SC; son Bob (Lisa) Carr of Hartsville, SC; daughters Amy Wirth and Marci (John) Magenheimer of Yuba City, CA and Lori (Michael) Trevino of Kensington, CA; sister Donna (Richard) Ethridge of Dinuba, CA; and grandchildren Iris and Violet Carr of Hartsville, SC; Ashlyn Wirth, Casey (Ashley) Magenheimer and Kyle Magenheimer of Yuba City, CA; and Liliana and Carina Trevino of Kensington, CA. A private family burial with Military Honors will be held at Florence National Cemetery with The Rev. William D. "Bill" Oldland officiating. The Directors of Brown-Pennington-Atkins Funeral Home & Crematory are caring for the family. In lieu of flowers, memorials may be made to Samaritan’s Purse or Shriner’s Hospital.

Judge Robert Charles Lenhard passed away peacefully on April 3, 2022, at McLeod Regional Hospital in Florence, South Carolina. Bob was born in Los Angeles in 1934 to Albert and Helen (Alverson) Lenhard. He and his sister Donna were raised in... View Obituary & Service Information

The family of Judge Robert Charles Lenhard created this Life Tributes page to make it easy to share your memories.