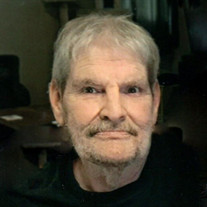 Funeral services for Mr. Johnny Demeo, 62, who entered into rest on Wednesday, January 22, 2020, will be held at 6 o'clock on Monday, January 27, 2020, in The Chapel of Brown-Pennington-Atkins Funeral Home with The Rev. Chris Pierce officiating. In lieu of flowers, memorials may be made in his honor to the Darlington County Humane Society, 1701 Animal Control Blvd, Darlington, SC 29532. Brown-Pennington-Atkins Funeral Home is caring for the family. Johnny Ervin DeMeo, affectionately known as "Brooklyn", was born in Hartsville, SC on August 4, 1957, where he was adopted by Annabelle (Annie Bell) Tiller and Bennie DeMeo and brought to Brooklyn, NY, where he was raised with his sister, Patricia. He spent summers in Hartsville visiting family and getting into mischief. The deep New York accent may have fooled some, but Hartsville has always been in his blood. He was a momma's boy and had an unbreakable bond with his adoptive sister. When they passed, he was never the same. Brooklyn was never one to keep his troubled past a secret. He used it as an inspirational tool for other addicts. He used drugs and alcohol as a crutch and its something he struggled with for a long time. At his breaking point, he chose his family over the addiction and has been a family man ever since. Brooklyn had a huge heart and would do anything for people in need. When he was no longer able to work in the steel mill or as a licensed plumber due to health concerns, he became an avid hunter and fisherman until his health became a hindrance. He loved animals and was passionate about animal rights and rescue. His cats Salem and Sadie were a great comfort to him with his failing health. When his time in this world came to an abrupt end, he left behind a memorable impression with all who knew him. We can find comfort during this time in those memories. He passed with the comfort of his beloved daughter, Sabrina, by his side who had been his primary caregiver for the past decade. He is survived by his wife, Gayl Margaret Jackson DeMeo of Rock Hill, SC; daughters, Maria DeMeo of Hightstown, NJ, Sabrina Gabrielle DeMeo of Hartsville, SC; grandchildren, Alyssa Marie De Meo of Hightstown, NJ, Adan Peter Riccardi of Hightstown, NJ, Evan Ethan Zea-De Meo of Hightstown, NJ. He was preceded in death by his parents, Bennie DeMeo and Annabelle "Annie Bell" Tiller; and his sister, Patricia Harford.

Funeral services for Mr. Johnny Demeo, 62, who entered into rest on Wednesday, January 22, 2020, will be held at 6 o'clock on Monday, January 27, 2020, in The Chapel of Brown-Pennington-Atkins Funeral Home with The Rev. Chris Pierce officiating.... View Obituary & Service Information

The family of Mr. Johnny Ervin DeMeo created this Life Tributes page to make it easy to share your memories.

Funeral services for Mr. Johnny Demeo, 62, who entered into rest...