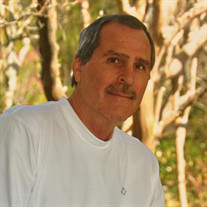 A visitation for Mr. John Henry "Buck" Haire, Jr., 72, will be held from 5:00 p.m. until 7:00 p.m. on Wednesday, April 20, 2022, at Brown-Pennington-Atkins Funeral Home. Mr. Haire entered into rest on Saturday, April 16, 2022. Born in Rock Hill, SC, he was a son of the late John Henry Haire, Sr. and the late JoAnn Gibson Haire. Buck was raised in Rock Hill and then moved to Hartsville to work for Sonoco Products Company until his retirement. He was a member of Catawba Baptist Church of Rock Hill. He was also a Mason and Shriner. Buck was a friend to many and never met a stranger. He loved to help cook at different events and enjoyed fishing. But most of all, he will be remembered for fixing anything electrical for family and friends. To get some things to work, he would “straight wire” them, and they would work even though the warranty might be voided. There was only one Buck Haire, but he was a good ole Buck. Left to cherish his memory are his wife, Anne Smith Haire; son, John H. Haire, III (Sharon); daughter, Sunni H. Cassidy; granddaughters, Lyvian Haire, Andrea Cassidy; grandsons, Grant Cassidy, Jerod Cassidy, Aiden Haire; sister, Tammy H. Standford (Tom); nieces, Adrienne Beasley, Allison Freeman; nephews, Zach Standford, Will Standford. In addition to his parents, he was preceded in death by his daughter, Joanna Haire; grandson, John Russell Haire. Memorials may be made in his honor to the Darlington County Humane Society, PO Box 1655, Hartsville, SC 29551.

The family of Mr. John Henry "Buck" Haire Jr. created this Life Tributes page to make it easy to share your memories.