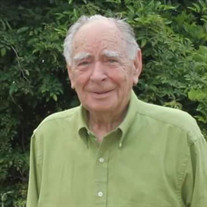 Mr. James "JG" Gatlin Lovelace, 92, was born on October 12, 1929 in York County, South Carolina. He entered rest on December 30, 2021 in Hartsville, South Carolina. Mr. Lovelace served in the Air Force for six years and was a Korean War veteran. He was a cargo plane pilot. He studied journalism and engineering, earning Bachelor's degrees in both subjects. He was the journalist for Sonoco for 33 years and retired from that position. After his retirement from Sonoco, he was a trucker for over ten years. Mr. Lovelace had a quick-witted and clever sense of humor. He never missed a chance to make a joke or witty remark at any and every occasion. He was helpful to any person who needed a hand and always had something good to say about everyone. Mr. Lovelace was tough as nails and as stubborn as a mule, but above all he had a caring and giving heart. He was a loving father, grandfather, brother, uncle, and friend. He is loved by many and will be dearly missed. Surviving are his children, Marlie Hopkins (Bryan) of Patrick, SC, Greg Lovelace Sr of Hartsville, SC; grandchildren, Brandi Camacho (Israel) of Hartsville, SC, Greg Lovelace Jr of Lancaster, SC, Jessica Micoch; great-grandchildren, Emma Camacho, Bella Camacho, Spenser Lyne, Lilly Lovelace, Chelsea Lovelace, River Lovelace; siblings, Billy Lovelace (Belle Sue) of McBee, Markie Miller (Ralph) of Lancaster, PA, Rhea Jones of Hartsville, SC, Carolyn Lankford of Hartsville, SC, Perry Lovelace (Mary) of Darlington, SC; special niece, Paula Grooms (Wayne) of Hartsville, SC. He was preceded in death by his father, Asa Dow Lovelace Sr; mother, Lillie Ella Dover Lovelace; siblings, Asa Dow Lovelace Jr,Iva Sowell, Mae Hilderbrand, Millie Bunch, Tommy Lovelace. The family will hold a memorial service in Mr. Lovelace's honor on January 3, 2021 at 3pm at the Hartsville Church of God. Visitation will take place before the service from 2:00PM - 3:00PM. A private burial will be held at a later time at the National Cemetery in Florence, SC. In lieu of flowers, memorials may be made to the Hartsville Church of God, 704 Lakeview Blvd., Hartsville, SC 29550.

The family of Mr. James Gatlin Lovelace created this Life Tributes page to make it easy to share your memories.