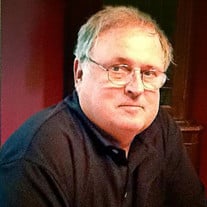 Harlock Walter Harvey, III died peacefully on June 27, 2020, following a short illness. Born in Hartsville, SC, he was the son of the late Harlock Walter Harvey, Jr and Maria Powell Harvey. He was a graduate of Hartsville High School and received a BS degree in Industrial Engineering from Clemson University. At Clemson he was a member of the Numeral Society and the Clemson cheering squad where he enjoyed taking turns being the Tiger and shooting the cannon. Upon graduation, he received his commission as a 2nd Lieutenant in the US Air Force. He obtained an MBA at the University of South Carolina. Walt entered active duty with the Air force in 1968 and served at Andrews Air Force Base in Washington, DC and Howard Air Force Base in the Panama Canal Zone. Upon returning to civilian life, he worked for Sonoco Products Company. By the time of his retirement he had served as Plant Manager for operations at their Morganfield, KY; Union, SC; and Lincolnton, NC plants. He was an active member of Wesley United Methodist Church of Hartsville and will always be remembered for his years of leadership in the Wesley Pumpkin Patch ministry. He served as treasurer of the Methodist Men. He was a member of the Hartsville Rotary Club, served on the Board of Christmas in April, and worked with the United Way in both North and South Carolina. Walt enjoyed doing outdoor activities, vacationing at the beach, and spending quality time with his family. He loved his family, his church, his community and his Clemson Tigers. He is survived by his wife of 53 years, Susan Thompson Harvey, three daughters and sons-in-law, Lisbeth and Charlie Kelly, Leigh and Kevin Addis, and Rebecca and Phil Coleman. He was the proud “Granddaddy” to seven grandchildren, Harrison Kelly, Anna Kelly and fiancé, Cole Heatherly, Caroline Addis, Cameron Addis, Sarah Coleman, Claire Coleman, Emily Coleman, and great-granddaughter, Ryleigh Kelly. He is also survived by a sister and brother-in-law, Dianne and Hugh Mitchum. Funeral services will be held at Wesley United Methodist Church on Tuesday, June 30 at 3:00 p.m. with Pastor Mike Ray officiating. The service will be held in accordance with the social distancing guidelines established by Wesley United Methodist Church. The service will be live streamed on the Wesley UMC Facebook page. Graveside and burial will be at Grace United Methodist Church Cemetery in Union, SC on Wednesday, July 1 at 12:00 p.m. with Reverend Fran Elrod officiating. Pallbearers will be his sons-in-law and grandsons. Memorials may be made to Wesley United Methodist Church, 145 E. College Ave., Hartsville, SC 29550; Grace United Methodist Church ,201 S. Church St., Union, SC 29379; or Kalmia Gardens of Coker University, 1624 W. Carolina Ave., Hartsville, SC 29550. Brown-Pennington-Atkins Funeral Home is caring for the family.

The family of Mr. Harlock Walter Harvey III created this Life Tributes page to make it easy to share your memories.