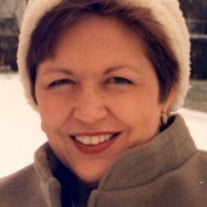 Gloria Grant Bulmer, formally Gloria Wallace, passed away peacefully during the morning hours of March 17, 2021 at Myrtle Beach Manor where she had resided for the past two years. She was 79. Born in Hartsville, SC on April 9, 1941 she was the daughter of the late Willie Beasley Grant and Ruth Crowley Grant. She was the oldest of four children raised in the Bethel farming community located between Hartsville and Darlington, SC. She was a 1959 graduate of Hartsville High School, named “Best Looking” in her senior class. She attended Winthrop University in Rock Hill, SC, graduating in three years in 1962 with a BA in English and History. She is survived by her sister, Patty Grant Holley (Ronnie) of Hartsville; children, Thomas Wallace (Ann) and Randal Wallace of Myrtle Beach; Lisa Paglia of Toronto, Canada; David Bulmer and Robert Bulmer of Ottawa, Canada. She is also survived by seven grandchildren; Madison Wallace, Meredith Wallace (Chase Corbitt), Kendra Paglia, Justin Paglia, Bruce Bulmer, Greg Bulmer and Siobhan Bulmer. In addition to her parents, she was also preceded in death by her husband, Charles “Larry” Bulmer to whom she was married for almost 30 years; her sister, Willie Mae Huggins; a brother, William Beasley Grant; and her former husband, Tommy Wallace, with whom, after marrying on September 5, 1962, she moved to Myrtle Beach in 1964. Gloria was first and foremost a nurturer at heart, not only to her children, but also to others under her watchful care. What she was to thousands, was a teacher. She was sweet and considerate, but also when needed, forceful and demanding. This combination of personal characteristics endeared her to her students, and she was extraordinarily loved by those students. She taught English and South Carolina history for almost 25 years at Lamar High School, Myrtle Beach Middle and finally Myrtle Beach High School. She was especially passionate about Myrtle Beach High’s monthly newspaper … “The Beachcomber”, where her love of literature, writing and arts merged with student creativity to tell a story which is what English teachers love to do. Even after her teaching career closed and moving to Williamsburg, VA for a short time, she continued to educate others as a National Coordinator for Market America Distributorships growing her own franchise there into one of the largest on the Virginia Peninsula. She and Larry returned to Myrtle Beach in 2003. Beyond literature and history, she loved the arts, opera, theater, poetry, F. Scott Fitzgerald, Ragtime music, classic movies, international travel, The Master’s, Spoleto … oh and let’s not forget Elvis and Myrtle Beach. She loved her family and her children. She was the latter’s fiercest defender, even on those rare occasions when they were wrong, but also their most honest critic when required. Services will be held on Tuesday, March 23, 2021 at 2pm at Myrtle Beach Funeral Home followed by a visitation period in the on-site community area at the funeral home. In lieu of flowers, donations to the Alzheimer’s Association are appreciated.

Gloria Grant Bulmer, formally Gloria Wallace, passed away peacefully during the morning hours of March 17, 2021 at Myrtle Beach Manor where she had resided for the past two years. She was 79. Born in Hartsville, SC on April 9, 1941 she was... View Obituary & Service Information

The family of Mrs. Gloria Grant Bulmer created this Life Tributes page to make it easy to share your memories.