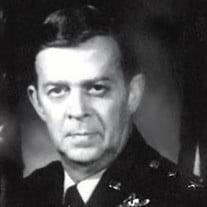 This obituary is posted as a courtesy to local family and friends. DANIEL, Gerald Allen, “Jerry” or “Reb” to all who knew him, 81, a resident of Columbia, SC, died peacefully on Monday, July 12, 2021, at home. Funeral services will be held on Monday, July 19, 2021, at 11:00 a.m. at the Northeast Presbyterian Church (PCA) in Columbia, SC, with Reverend George Crow officiating. The family will have a private burial at Fort Jackson National Cemetery with full military honors. Major General Daniel was born in Fort Knox, KY to William A. and Ruth N. Daniel. After high school, he graduated from the United States Air Force Academy in 1962 and immediately married Jackie Fae Henry, embarking on a 59-year marriage that began with a 30-year career in the United States Air Force. After pilot training, General Daniel was selected to fly fighter aircraft and he was deployed to Vietnam where he accrued more than 400 hours of combat time in two separate tours. The General rose through the ranks as a thoroughly qualified pilot and evaluator pilot, assuming increasingly responsible positions at the squadron and wing level. Selected for tours at the Pentagon and Tactical Air Command, General Daniel continued his military training in residence for Squadron Officers School, Air Command and Staff College, and senior service school at the Industrial College of the Armed Forces, and earning a masters degree from Auburn University in Alabama. After his several staff tours, the General was selected to serve as the Deputy Commander for Operations and then the Vice Commander of the fighter wing at nearby Shaw Air Force Base before being selected as the Wing Commander at Seymour Johnson AFB in North Carolina. Ultimately, General Daniel was promoted to Brigadier General for assignments in Europe and then to Major General to take command of 16th Air Force in Torrejón Air Base, Spain, where he retired in 1992. Upon retirement, Jerry and Jackie Daniel moved to Columbia, SC where they built a home and lived happily, close to children and grandchildren, volunteering and actively involved in their church family, gardening, and playing golf. General Daniel is preceded in death by his parents. He is survived by his wife of 59 years, Jackie; his sons, Gerald Daniel, Jr. (Dawn), Dr. Scott Daniel (Rita), and Christopher Daniel (Amy); his grandchildren, Meghan, William, Erin, Kelly, Laura, Sarah, and Ryan; his brothers, Kenneth Daniel (Arizona) and Patrick Daniel (Alabama), and sister, Leslie Arnold (Columbia, SC); sister-in-law and brother-in-law, Bennie and George Roberts (Texas); and his nephews and nieces, Ryan (Lauren) Daniel, Kyle (Don) Ryan, Kathryn (Tyler) Rich, Lindsey (Dr. Zach) Henry, Beth (Travis) Cook, Ben (Yolanda) Roberts, and Kim Roberts. In addition to his precious family, he will be missed by many extended family members and friends far and near, too many to count. In lieu of flowers, the family asks that donations be made in General Daniel’s memory to the Northeast Presbyterian Church (PCA), 601 Polo Road, Columbia, SC 29223, the United States Golf Association, (USGA), 77 Liberty Corner Road, Liberty Corner, NJ 07938 or the Wounded Warrior Project, PO Box 758516, Topeka, Kansas 66675, all organizations that were important to General Daniel.

The family of Major General Gerald A. Daniel created this Life Tributes page to make it easy to share your memories.

This obituary is posted as a courtesy to local family and friends....