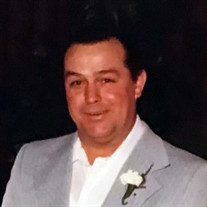 It is with deep sorrow that the Smothers family announces the death of Mr. G. W. Smothers Sr., 85. Mr. Smothers, the widower of Jerdgie Mae Valentine Smothers, entered into rest on Monday, February 7, 2022. A funeral service to celebrate his life will be held at 1 o'clock on Thursday, February 10, 2022, in The Chapel of Brown-Pennington-Atkins Funeral Home. The Rev. Kenny Lynch will officiate with burial to follow in Magnolia Cemetery. The family will receive friends one hour prior to the service. The Directors of Brown-Pennington-Atkins Funeral Home & Crematory are caring for the family. In lieu of flowers, memorials may be made in his honor to the Dylan Adams Memorial Fund, PO Box 1902, Hartsville, SC 29551 G.W. was born in Hartsville, SC, and was the son of the late Elisha Smothers and the late Cora Edwards Smothers. "Pop worked at a truck stop for nine years, and he then went to work for Sonoco. We also had a shop and worked on cars. My Pop bought the Bait & Tackle Shop in 1977. He worked three jobs for a couple of years while also building and maintaining his race cars. He raced them at the Hartsville Speedway. My Pop could work on cars and boats and did so for many years. He operated the Smothers Bait & Tackle shop for more than forty years, and he loved every bit of it. Pop loved to fish on his houseboat and watch NASCAR, ort any other type of car race." - Love your son, Billy Smothers. He is survived by his loving son, Billy (Debbie) Smothers of Hartsville, SC; daughter-in-law, Marcella Brown Smothers; grandchildren, Dustin Smothers, Jason Smothers, Ava Smothers; great-grandchildren, Kevin Schaefer, Wyatt Pressley Smothers, Levi Smith, Mason Smith, and Ellie Mae Smith. In addition to his parents and his wife, he was preceded in death by his son, Michael Anthony Smothers; brothers, Hubert Hoffman, E. L. Smothers; sister, Edith Hoffman; granddaughter, Windy Faye McLendon. The family would like to thank the Agape Hospice Staff for their compassionate and loving care of G.W. They would also like to thank Pop's nephews, Rayford Atkinson and Harold Watford; and special friends, Kevin McAllister and Eddie Hicks.

It is with deep sorrow that the Smothers family announces the death of Mr. G. W. Smothers Sr., 85. Mr. Smothers, the widower of Jerdgie Mae Valentine Smothers, entered into rest on Monday, February 7, 2022. A funeral service to celebrate his... View Obituary & Service Information

The family of Mr. G. W. Smothers Sr. created this Life Tributes page to make it easy to share your memories.

It is with deep sorrow that the Smothers family announces the...