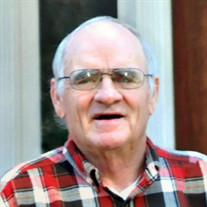 Funeral services for Mr. Danny Ray Lynch, 68, who entered into rest on Saturday, March 7, 2020, will be held at 3 o'clock on Tuesday, March 10, 2020, at Fourth Street Baptist Church. The Rev. Kenny Lynch and the Rev. Danny Holley will officiate and burial will private. The family will receive friends immediately following the service. Brown-Pennington-Atkins Funeral Home is caring for the family. In lieu of flowers, memorials may be made in his honor to the Future Farmers of America, Darlington County Chapter, 160 Pinedale Drive, Darlington, SC 29532-6013. Mr. Lynch was born in Hartsville, SC, a son of the late William Daniel "Billy" Lynch and Betty Bass Lynch. Danny Ray loved and enjoyed his family, his children, and his grandchildren. Danny was an amazing storyteller, loved history, and gardening, and was always working at the shop or the pond. Music was his life. He loved all genres of music from gospel and country to beach music. He would shag across America if he could but was mostly spotted shagging on the pier at Folly Beach. He was the owner of Lynches Auto Sales, but his greatest honor was being an official Scout for the Pittsburgh Pirates. Danny Ray had an accomplished life and was surrounded by family, friends, and a lot of love. He never met a stranger. We will all think of him the next time we cast a reel to catch a fish, kick the dirt to uncover an arrowhead, get our hands dirty in a garden, or watch his favorite game of baseball. He will live in our hearts and in the bodies of those blessed by his organ donations. He will want us all to delight in The Lord and live life to the fullest. He is survived by his wife, Donna Elmore Lynch of Hartsville, SC; daughter, Shelly Marie Lynch of Charleston, SC; sons, Brian (Amber) Lynch of Charleston, SC, Russell Lynch of Charlotte, NC, and Channing Lynch of Hartsville, SC; brother, Billy (Lori) Lynch of Waynesville, NC, sister-in-law, Cookie Lynch; grandchildren, Tucker, Levi, Brody, Ainsley, and Manny. He is also survived by many nieces, nephews, cousins, and many life-long friends and business associates. In addition to his parents, he was preceded in death by his brother, Bucky Lynch.

Funeral services for Mr. Danny Ray Lynch, 68, who entered into rest on Saturday, March 7, 2020, will be held at 3 o'clock on Tuesday, March 10, 2020, at Fourth Street Baptist Church. The Rev. Kenny Lynch and the Rev. Danny Holley will officiate... View Obituary & Service Information

The family of Mr. Danny Ray Lynch created this Life Tributes page to make it easy to share your memories.

Funeral services for Mr. Danny Ray Lynch, 68, who entered into...